A downloadable game for Windows

Well, here we go again...
So, basically, you've got a job at the office thanks to your mom.
It's past your work hours, and she's waiting for you to get the heck out of the damn toilet and go with her home. You don't have a car obviously, so you gotta stick with her.
Problem is, you decided to... beat it at the office. You just couldn't hold it any longer.
Do it, man. Just do it.
And please, for the love of God, don't get caught by your mom. It will be a disaster. For you and your family.

Found this because of Markiplier, can't really disgree its horror slash comedy. Love it!

Okay... well, I really wasn't expecting this - tbh, I didn't even read the description; I just downloaded the game and went with it. The jumpscares were INSANE and if you do try this, make sure you don't get CAUGHT... hehe. I enjoyed playing this on my 10th episode of FRIGHT! (I actually enjoyed editing it, too)

Good thing is it actually is pretty scary even though its meant to be funny. A heart attack from a fap is only one step away.

I included this game in my montage. Thanks again for an amazing work!

1.1.1 is good for only normal to beat and hard keep it the same without boost up

Reply
SenseiYasir3 years ago
I FINALLY GOT THE ENDING. *sips tea*
Reply
Soulbarrier3 years ago(-1)
god i really enjoyed playing this game i don't think i have laughed this much over an indie game before awesome job!
Reply
Neco The Sergal3 years ago

Finally made the sequel. The original, proper sequel!

I went at it again... PAUSE with Dashie!

out of this world.

Anyone is your enemy within the game.

#SURVIVAL OF THE FITTEST

Hell no. Why should I?

Loved the game. Made a Let's Play on my new channel.

I think there needs to be a change in how the game sorta penalizes you, the conundrum I'm seeing is, cause I 'actually tried' to beat it this time, is this:

So, the mother randomly interrupts you , and now there's a Q + Random button prompt to ensure she doesn't scare you, yet this button prompt and the speed at which you respond gets faster and faster the more she interrupts you, it becomes numbingly fast the more she randomly interrupts you, this feels as if she penalizes you based on too much RNG, I'd think the better option is Heavy Breathing = Her showing up more, or heavy breathing (too fast too hard) makes it so you have less time to hit the QTE button, penalizing those who are going too fast.

Instead it feels like if I go too slowly, she'll then interrupt more often - the more she interrupts, the more I'm instead penalized because the first 1,2 and 3 times she interrupts, the button prompt speed demand is Okay and simple, not too hard and not too easy. However, going at a slow, regular pace with the clock means she will within those 10 minutes interrupt you 5-10+ times, and the speed gets ridiculous at how demanding it gets, then your slow 10 minutes of trying to beat the game goes down the drain over and over, making you want to speed up and hope she interrupts you Less since you try to beat the game in 5 minutes or so - but then you breathe faster and get caught depending on the AI and how much she shows up due to breathing.

That and I'd say I've been 'Caught' too many times AFTER the lights have been turned off and a definite whole second after my pants zipper have been thoroughly zipped, she still 'catches' me right after zipping, it feels very unfair and of 15 tries tonight, I was 'caught' with my pants zipped and power off, 4 times. The game is 'possible', but the RNG makes it still feel a bit unfair, a challenge is good - and I don't want my 'Hand held' while fapping, but alternatively, the RNG is making it a bit too problematic.

I made a mini update that makes the button thingy easier, also I added a climax booster that you can active randomly (it shows a prompt on screen). Should be better now.

My thanks for the attentiveness and responsiveness

I played this game on my YouTube! I had fun lol

Hey! i played your game for my channel!

Mom caught me it wasn't good. It was pretty fun for what it was, I especially liked the images for the laptop

In a world where I rage quit a game, one would assume that you didn't enjoy your experience. With Don't Get Caught 2, jump scares and paranoia is a guarantee and even after multiple runs I was still getting surprised by Mom. I hate this game. I love this game. I don't know... who was game?

so this game was hilarious... I’m not a game reviewer so I’ll keep it there. Also thanks for showing me how hard I suck at quick time events.

Reply
samdj20003 years ago
Super funny! But terribly hard to beat... see what i did there :)
Reply
Step Vibes3 years ago

Definitely a unique game! I almost broke my mouse I think trying to beat this game but the jumpscares got me pretty bad! Pretty fun and strange game!

I enjoyed this game. Jumpscares got me and it made me laugh. Perfect.

This game was a lot of fun, really hard though. Mom seems a little unpredictable at times and at a certain percentage becomes overly aggressive!  I would love to be able to finish this game!

This was really well made and great for laughs!!! I really did enjoy it and encourage people to play!!!
Reply
Deleted post3 years ago
Deleted 2 years ago
Reply
MrCiastku3 years ago

This game was much HARDER then the first one.  I had a lot of fun playing this game.  You did a great job on this game.

Its the best horror game I had ever play.  Also it's hilarious, You get to bring ur laptop in the toilet and watch videos awhile in there. LOL! I like it!

where is the sys ?

This game was hilarious, the fact you had loads of different Youtubers on the laptop was jokes. And the mix of comedy and horror was really cool. And need more games that do this!

Are you cool with anyone making videos on your games?

Was about to say, yeah, the game I downloaded was infact impossible, having refined it down to knowing it becomes impossible at 35% - upon uploading this, I find you already uploaded an update - so I gotta hope that one is really fixed.

I will roll out a bigger update in a few days, so wait it out :)

A huge Load, you say?

Are you sure you zipped your pants? Or maybe you used the flashlight while she was opening the door?

WHEN YOU FINNA BUST A NUT BUT YOUR MONSTER DAD AND DEMON MOM DEICED TO SHOW UP.

Definitely an improvement from the first one 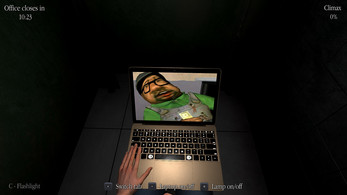 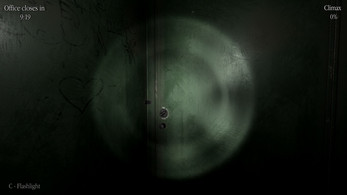 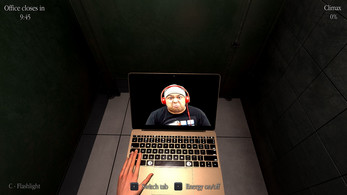 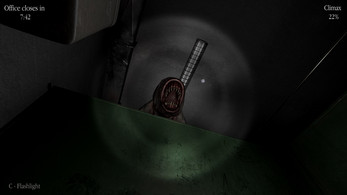 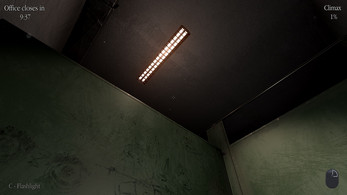 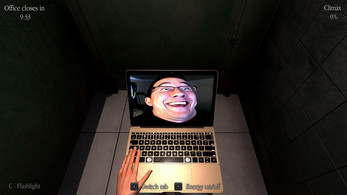 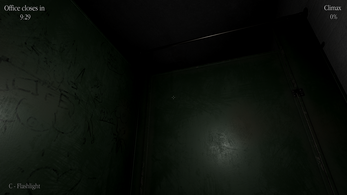